New villa by the sea

In the beautiful seaside area Saltsjöbaden outside Stockholm center, the client had a large ocean front land of which he wished to divide and sell one plot. Being on the market for quite some time, there were no interested in the site. The client contacted the office in need to develop a sketch project. The client was rather thrilled, and we continued the project with a license to build, and just shortly after, the plot was sold, and the new owners choose to build the project. The house nestles between the beautiful forest in which you arrive and a private waterfront beach. The house was thought as a modern “funkis” style (a modernistic style in architecture and interior guided by function) referring to the white cubic architectural style that started its popularity in the 1930s. With a contemporary touch, the facade towards the road was largely closed off from people passing by, and when entering the house, there is a large window with a connecting staircase allowing light to enter the house and revealing the surrounding nature. The entrance exposes the ocean the moment you enter the main door, with rooms, depot and kitchen on the sides, leading down to the large glassed room of the living room. 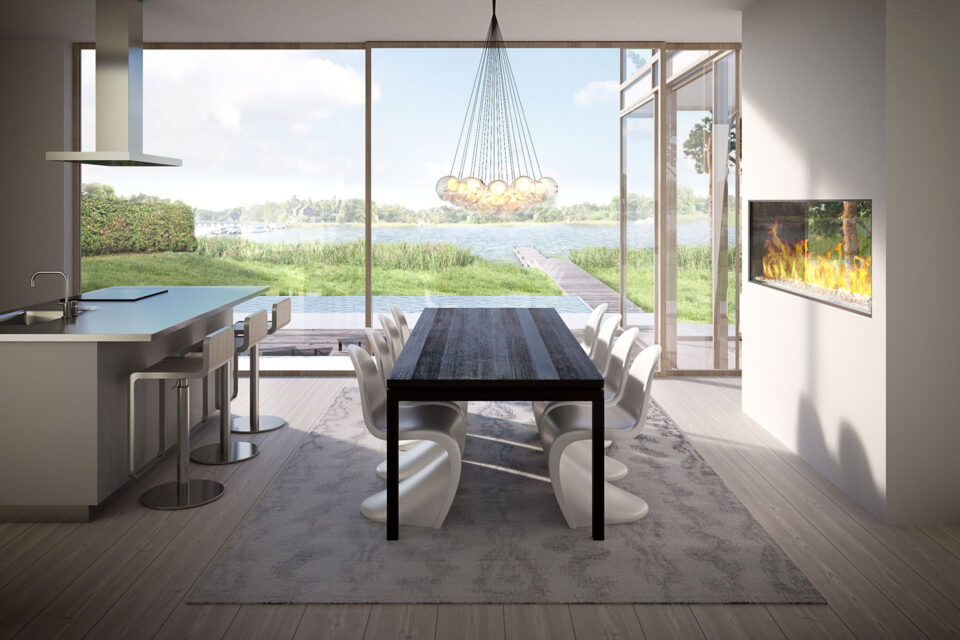 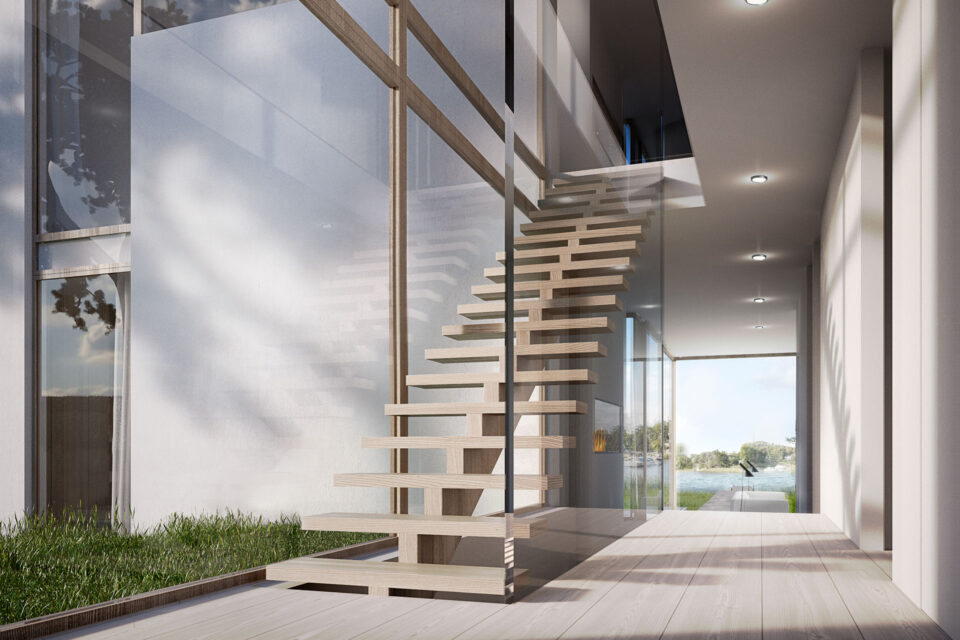 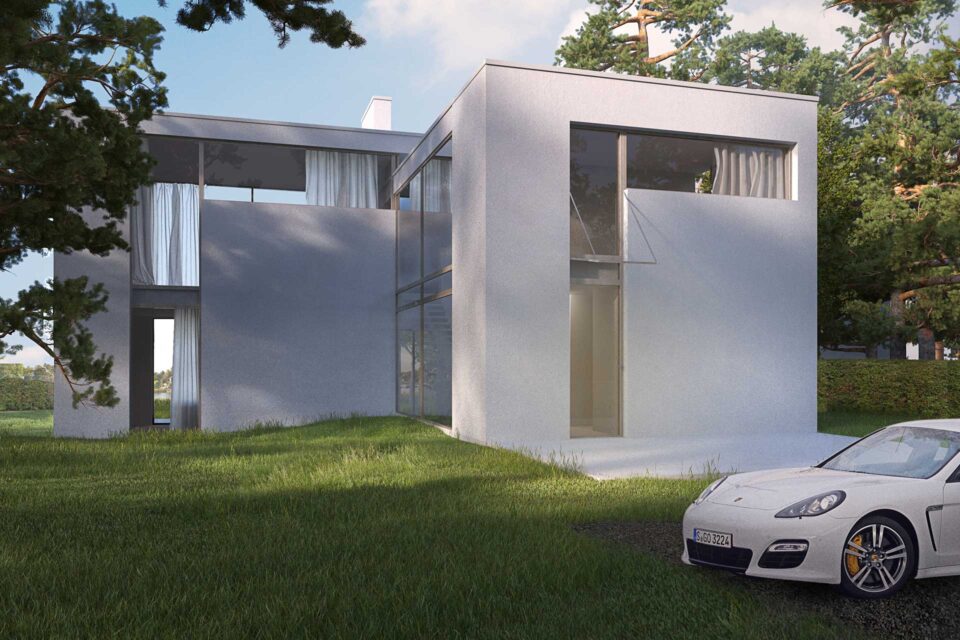 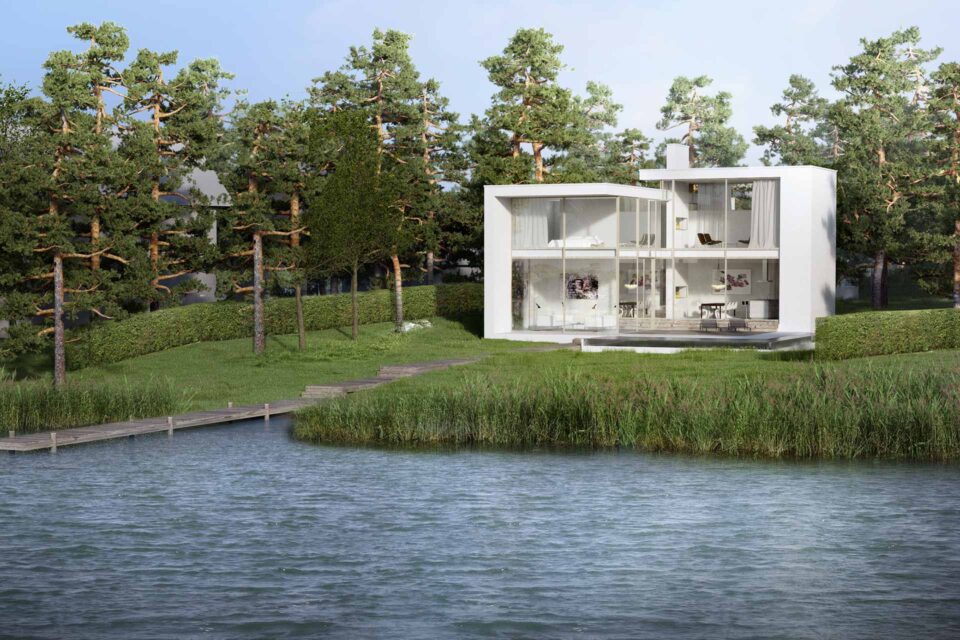